April 26, 2009
We are off to Scotland soon to sample life on the wild side. Apparently we have been watching too much Ray Mears on the television. We have therefore been putting in some extra time in the boat recently in order to up our fitness a little bit. Our latest trip was a little further off shore than normal along the outside of the Nash Bar.
The Nash Bar is a large sand bar which lies East to West off the South Wales coast.
The eastern end is marked by the East Nash cardinal mark positioned approximately half a mile off Nash Point.
There are two other cardinal marks on the bar namely the Mid Nash and the West Nash. Our plan was to launch at Stout Point Llantwit Major at high water and then ride the tide to Nash Point. Once we got to the lighthouse we would go out to East Nash and on to Mid Nash. From there we could pick up the Tusker Bell and ferry glide into Newton.
Thats excactly what we did and this is a selection of the photos. 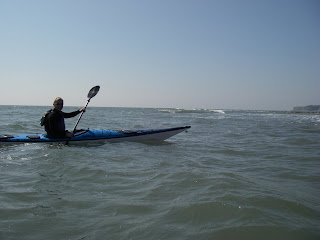 Leaving the beach at Llantwit. 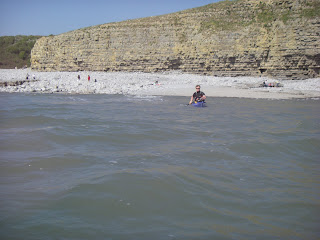 Eurion just after launching with Stout Point behind. 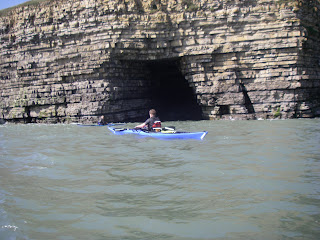 One mile to the West of Llantwit is Reynards Cave. It is possible to paddle into the cave at high water but I do do not recommend it. There are many loose rocks above the cliff entrance. 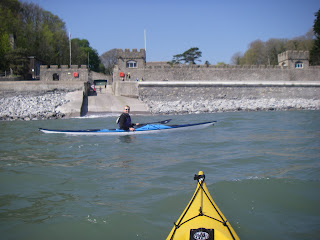 This is Atlantic College viewed from the sea. It has its own slipway and RNLI lifeboat. 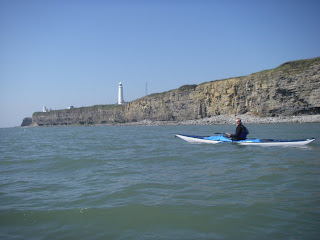 The lighthouse at Nash Point is visible for miles. 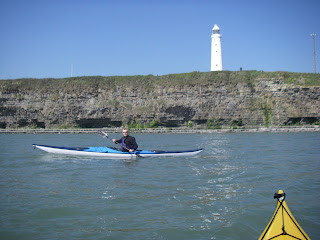 It is also quite impressive from this view. 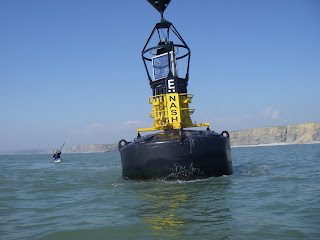 The current at East Nash can reach speeds of over six knots. 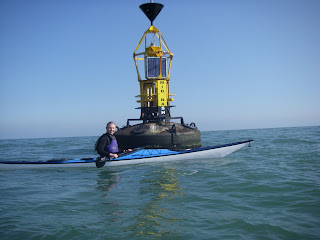 This is Mid Nash. All the cardinal marks look the same apart from the cone configuration on the top which dictates whether they are North South East or West marks. This bouy is three miles from the beach and from here you get fabulous views of the Heritage Coast from Nash to Porthcawl and beyond. 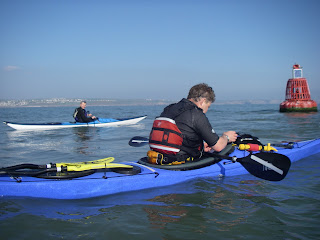 We are regular visitors to the Tusker Bell these days. At least the Porthcawl Lifeboat did not pay us a visit this time. I now have VHF and use the call sign SEA KAYAK TUSKER which is vary apt. 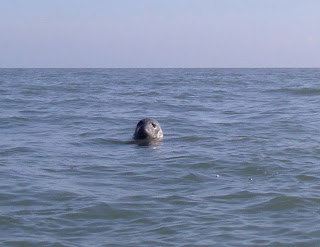 As we passed Tusker Rock we were trailed by a large grey seal. Every time I went to take a picture it decided to dive, but Eurion managed to snap him.
An excellent trip of just over ten miles without much tidal assistance but some nice surfing as we travelled over the sand bar.

Popular posts from this blog 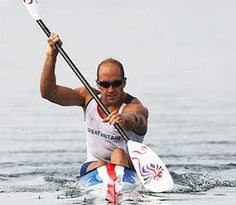 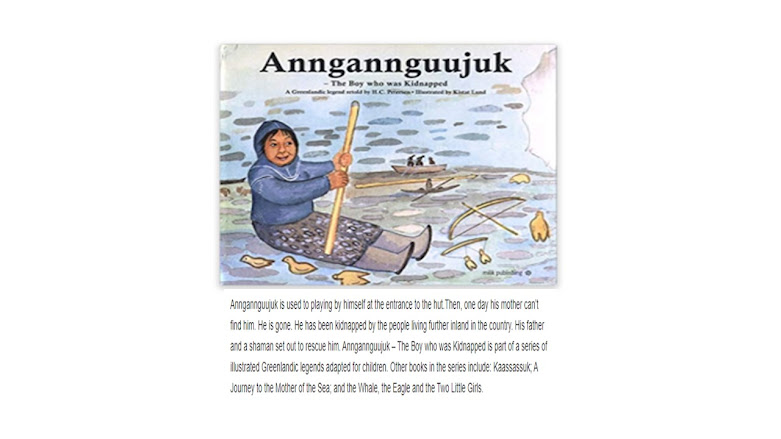 Introduction   Issaveeraq qajaasarfik roughly translates to Kayak Learning Stool. In order to preserve   the   Greenland heritage and history of the Board   this has been adapted to Greenland Kayak Balance Stool . There is a replica on display in the museum at Tasiilaq on the East coast of Greenland. The Danish Researcher H.C. Petersen, on page 10, of his book "Qaannamik pinnguaatit", Atuakkiorfik, 1994, has written that the balance stool in Greenlandic is called: "Issiaveeraq qajaasarfik".   Quote: Boys, when growing up, become progressively good travellers but are too young to use a kayak. At this time they already have and use (playing) spears. They start with a piece of unfurnished wood which they play with all day long. The spear is only furnished when they grow older.       At home, they are given a small chair. It is elongated, approximately the same size as the boys thighs. The legs (on the chair) are boards, placed on the further ends of
Read more

Searching for Gino Watkins 2016 - The Expedition. 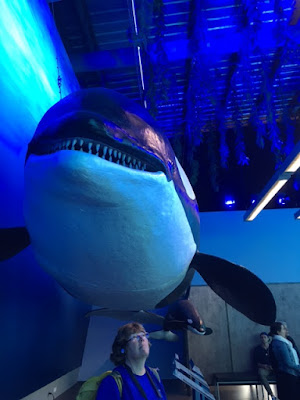 The journey to East Greenland is now a well worn path. After sixteen years Martin Rickard http://seakayakadventures.co.uk/  has assisted many paddlers from the UK, and other places from all around the world, to enjoy the paddling, wild life and culture of this unique location. Martin was already in Tasiilaq having already completed one trip so after flying from London Heathrow I met the other team members the following morning at the Downtown Hostel Reykjavik. Donna was on my ill fated 2014 trip and it was great to meet her again in much better circumstances. Geoff had visited Greenland recently with his wife and he was now ready to embark on our new venture. John had flown in from Copenhagen and was just as keen to get started. After more than one coffee we decided to pay a visit to the Whale Museum which is situated near to the large harbour complex. The Museum provides each visitor with a tablet and ear phones at the reception. You are then free to wander around the full size e
Read more